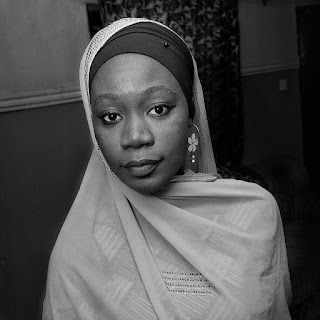 Hauwa Shaffii Nuhu is a Nigerian poet and essayist whose work has appeared on Popula, Ake Review, After The Pause, Brittle Paper, and elsewhere. She is a 2018 fellow of Ebedi Writers Residency. She writes from Nigeria where she is currently rounding up a law degree. Connect with her on Twitter @WaasiShaffii and Instagram @waasishafii

the body as destructive tool

once, i bundled a man into an explosive,
placed him opposite a box marked safe.
i set my heart loose and said, go where you want

then watched in horror as it did.

the memory pulls me back to the unspoken truth of bodies:
how they leap at touch of all that is sin, as though
licking caramel for the first time.
all that is sin
like every time it carves nakedness out of the voice of a man
who, though naked by it, does not exactly love it.
the disorderly alphabets of
another flesh.
or the first time the body draws the
edge of a blade across itself
to muffle the riotous crowd inside.